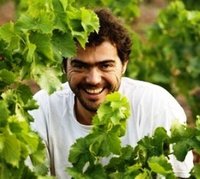 First on his grandfather's farm, then with his older brother, who had already made a name for himself as a winemaker on the Loire.

This was followed by apprenticeship years in Bordeaux and in the Beaujolais wine-growing region.

For financial reasons, he initially did not think about self-employment as a winemaker. But then he happened to come to Calce, a small, then almost extinct village in the high hinterland of the touristically developed coast on the Mediterranean. Viticulture had long since lost its once great importance here. Many vineyards had not been cultivated for years, but they were still there. Olivier Pithon recognized not only the poor, but mineral-rich soils that were poor in humus and could imagine producing more elegant, finer wines due to the cooler climate, as it was possible a few kilometers away on the plain.

He scraped together every penny and, thanks to a small guarantee, was able to obtain a bank loan with which he bought a few hectares of vineyards and an old building in the center of the village in 2001.

The village of Calce

The immediately set to work with the aim of practicing organic viticulture with strong influences from the biodynamic way of working from the start. Cattle are an important requirement for this, in this case it was first a cow that was given the name "Lais" (read about it in my wine dictionary). Later several others were added and also a horse to work the soil in the vineyards. All live outdoors all year round. 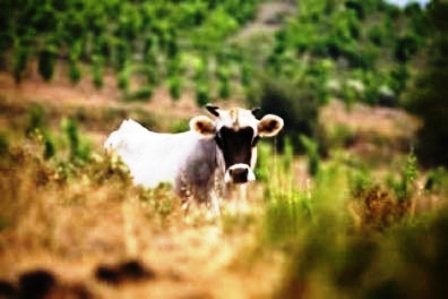 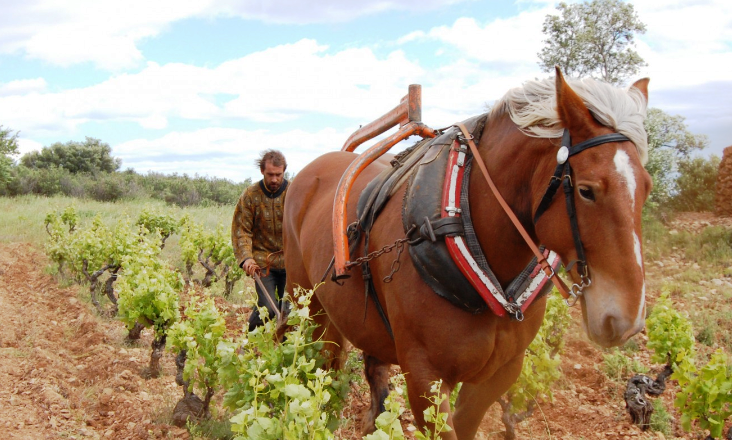 Later he rented rooms in neighboring houses for the storage of bottled wines, as well as for an office.

The main task of a good winemaker, however, is to take care of the vines and the soil in the vineyards, especially if they have been neglected several years before. Olivier Pithon had to replace numerous old, no longer productive vines with young ones, clear an entire vineyard and, after a period of rest lasting several years, replant it with young vines. So that their roots could dig deep into the ground, he let them grow for 5 years without harvesting grapes. In this way he achieved that they absorb sufficient moisture and minerals in dry conditions and produce better organic wine. 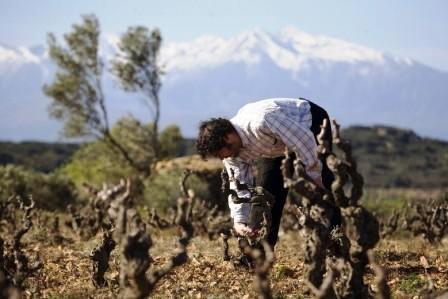 Olivier Pithon working in the vineyard, in denbackground the Pic Canigou

Today there are 7 or 8 organic winemakers in Calce and apart from the small local cooperative only one conventionally working winemaker. The mayor of Calce told me this with pride when I wanted to visit Oliver Pithon again in June 2018, but couldn't find him at the address I knew. I learned that Olivier Pithon had built a new wine cellar with office, tasting room and a new residential building outside of the village with state and EU funding.

The annual grape harvest is still the highlight of a vintage and, for Olivier Pithon, a gift from nature. With all the joy that Olivier Pithon finds when relatives and friends from all over the world and of all skin colors arrive to help with the grape harvest and form a good team year after year, he is also aware that too small harvests are still possible young winery.

The afternoons in September are still too hot for the grape harvest, but when the dew of the nights has evaporated on the vine leaves and grapes, grapes are picked in the mornings and brought to the cellar in small boxes, where they become excellent organic wines.

Technical data of the Domaine Olivier Pithon in brief: