THE STORY OF CHÂTEAU CAPION

In the 20th century, Château Capion changed hands several times. In 1900 it was sold to the Wormser family of wine merchants, who were deported to Auschwitz in 1944 and perished there. In the sixties the castle belonged to the Salasc family, whose land had previously been expropriated for the creation of Lake Salagou near Lodève.

In 1996 the Bürhers moved to Château Capion and began to renovate and redesign the castle grounds, creating a fountain, a French garden, an ornamental pond and an Italian dovecote.

In 2016, Château Capion was bought by Oleg Chirkunov, who renovated the existing vineyards and initiated the conversion to organic wine. 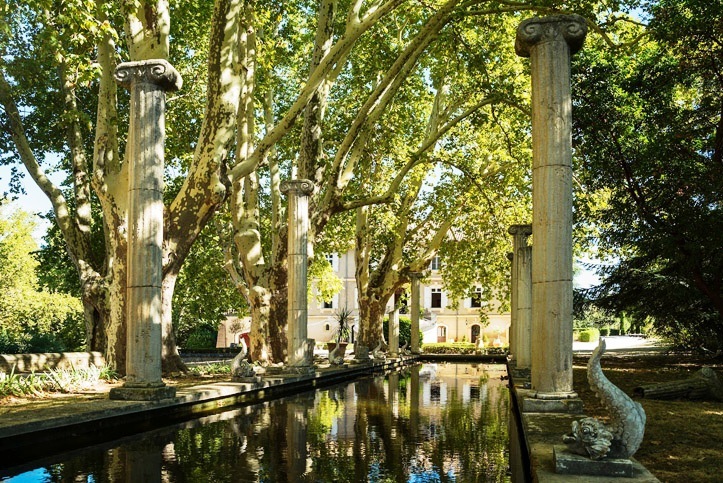 This marked the beginning of a new phase in the history of this beautiful property in the midst of a wild and romantic landscape, which was to tie in with more beautiful old times. At a time when wine was still largely produced without chemicals and the environment was still respected. Social life should also take place again at Château Capion. Today, regular wine tastings and popular and well-attended cultural events take place here. 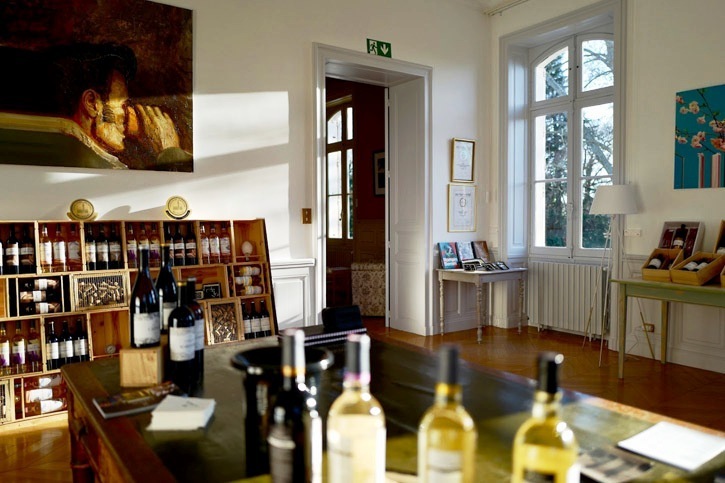 The original construction of the castle in the 16th century is mentioned in old manuscripts. At that time the agricultural estate (excluding the castle) consisted of houses and gardens, farmland, vineyards, olive groves, forests and pastures. They covered an area of ​​over sixty hectares, of which 12 hectares were covered by grapevines. This land is irrigated by a steadily flowing stream, the Gassac, which depending on the season can turn into a torrent that comes from the Cevennes.

When phylloxera hit France in 1863, wine prices soared and later decimated the Capion vineyards like so many others, Mr. Keittinger imported American vines that were resistant to phylloxera and grafted the remaining French grafts onto them. In this way he saved his winery.

The original concrete tanks that were built into the wine cellar in the 1950s held 2,000 hectoliters of wine. In the meantime these have been replaced by thermostatically adjustable stainless steel tanks. Today the grapes of each plot and each grape variety are vinified separately. So-called micro-selections, i.e. small, particularly good harvest quantities from particularly good plots, are vinified in small containers of 25 hectoliters.

The major project to redesign and upgrade the winery began in 2017. The hot and cold water networks used to control the temperature during vinification are now computerized and the entire winery is connected to this thermoregulation system via more environmentally friendly heat pumps.

Today, wine is made with gravity flow, in which successive work steps take place at different levels and the grapes, must and wine no longer move mechanically with spindles and pumps, but more gently through their gravity from one level to the other. 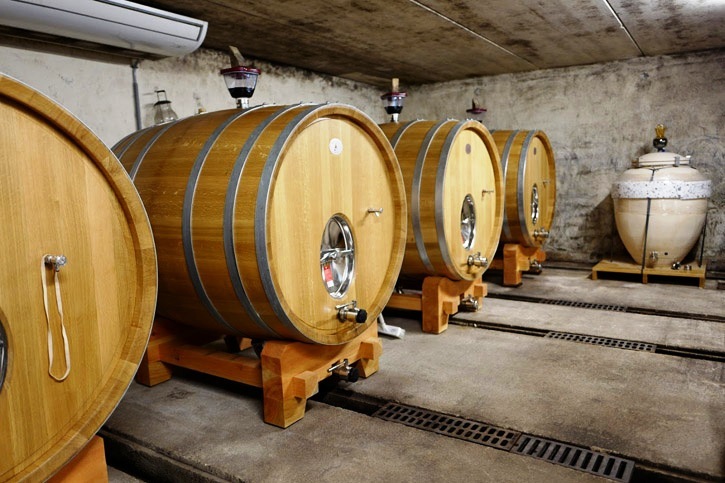 After all, high-quality oak barrels from renowned manufacturers such as Boutes, Taransaud, Darnajou and Chassin are used to mature the organic wines at Château Capion. They are available in different sizes (225, 500 and 1500 liters) and are specially selected for each wine. In addition, egg-shaped concrete vessels and amphorae are experimented with and used for fermentation and maturation of the wines in order to find out how these influence the purity and balance of a wine.

The harvest is done entirely by hand. Each grape is sorted on the vine before it is transported in small boxes to the cellar and stored in a cold room for preservation. They are then placed on a conveyor belt and sorted again, whereby inferior grapes are sorted out.
All grapes are vinified separately for each plot. Certain grape varieties such as Grenache and Syrah are isolated in the vineyards to grow in micro-plots within a larger plot. The aim of winemaking is to select the best vines according to the nature of the soil and the quality of the grapes.

The Château Capion winery is a 45 hectare winery with a unique terroir. There is a difference in altitude of 200 meters between the lowest and the highest vineyard of the Terrasses du Larzac (the appellation) and comprises three major geological zones, namely Montpellier sandstone and clay, limestone gravel and alluvial silts. These habitats

These habitats, the ubiquitous biodiversity and the climatic differences in the vineyards of the Château Capion are nuanced in wines that express their origin in their strength and finesse.

In order to grow vines successfully, a thorough knowledge of the soil is essential. With the help of the soil scientists Claude and Lydia Bourguignon, every property near Capion was extensively examined and the soil structures were mapped. This allows you to react to the smallest deviations and to align the work in the vineyards accordingly.

Caring for the vineyard means respecting the delicate ecosystem of the soil. It also means careful cultivation of the vines. From driving out a stump of a vine to tying in cordons to fertilization, the opening of the fruit area of ​​the vine, everything is checked and done by hand. In addition, the estate has anticipated and promoted its certification in organic farming. All crop protection products used at Château Capion have been certified organic since 2016. The first organic wines from 2016, 2017 and 2018 that have been matured in the barrel for longer are officially organic wines in conversion and the fully certified organic wines of the younger vintages will also be available from us shortly.

Syrah, Grenache, Cinsault, Mourvèdre and Cabernet Sauvignon are the red grape varieties. Viognier, Roussanne, Vermentino, Chardonnay, Clairette, Grenache Blanc and Bourboulenc are cultivated for the white wines. The average age of the vines is thirty years.

THE SOIL IN THE VINEYARDS

In the upper vineyards there are cream-colored stones everywhere, some as big as cobblestones. These are lacustrine deposits of limestone, sandstone and Montpellier clays that store the warmth of the day and release it to the environment after sunset and promote the phenolic ripeness of the grapes. For this reason, most of the Syrah grapes come from this higher part of the vineyard with its clay-limestone soils and its subsoil of sand and loam for the top wines of Château Capion.

One floor below you go over the so-called central geological band of the property and step on sand, solidified pebbles and gravel. This slightly draining land is perfect for our Mourvèdre, Syrah, Grenache and Cinsault varieties.

On the lower level near the Hérault river, which can be seen through the trees in the valley below, you find yourself on clay and sand deposits. The white grape varieties are grown here.