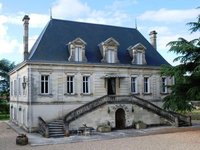 Organic wine has a long history in France

As early as 1955, Monsieur Guillot, a notary, published a book entitled "Une autre révolution" (another revolution), which dealt with organic viticulture and the production of organic wine. A little later he bought a winery in Cruzille (Burgundy) and produced the first French organic wine without the addition of sulfur.
One of the first winemakers in southern France was Frederic Jougla, who converted his Domaine de Clairac to organic viticulture as early as 1968 and produced organic wine according to the guidelines of the Lemaire-Boucher Association for Organic Agriculture. From here I imported the first organic wine from France for my then employer in 1980. Today, 10 - 25% of the wine-growing areas in France are cultivated organically and organic wines can not only be found in the finest, but in most restaurants.