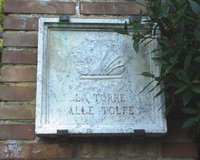 is located on one of the highest hills around Siena, from where you can see not only the city but also far into the wine-growing region of Chianti Classico.
Siena is a beautiful medieval city in southern Tuscany that attracts visitors from Italy and around the world.

Since the Torre alle Tolfe winery is only a few minutes outside of Siena, it served as an outpost and lookout point in the Middle Ages when attacks by the Florentines were to be feared due to its exposed location. Today, the vineyards of Torre alle Tolfe, facing south-east to south, are no less important for the production of first-class organic wines and organic olive oil.

The vineyards are situated at an altitude of about 300 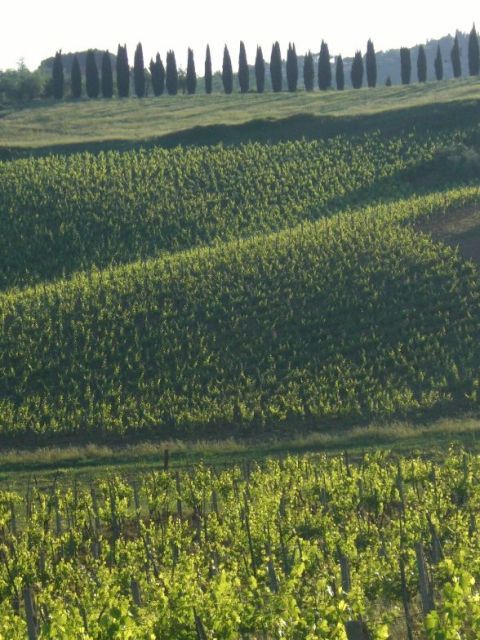 meters, they are planted with Sangiovese, Canaiolo,
Colorino and Merlot vines. The high planting density of 4,500 vines / ha and a relatively small amount of crop yields lead to very dense and sustainable organic wines with good aging potential. Sergio Lo Jacono an experienced agronomist is responsible for both the agricultural management of the establishment, as well as for the processing of excellent organic wines and organic olive oil.

Since Mania Spalding, the daughter of the owner of Torre
alle Tolfe, took over the management of the property, a new wind has been blowing here. Sergio Lo Jacono was replaced as winemaker by the young Giacomo Mastretta.

The Chianti Colli Senese are now single-variety Sangiovese wines. The Canaiolo, Ciliegiolo and Colorino grape varieties make very attractive single-variety wines. They are now all fermented spontaneously with the grape's own yeast. This is an indication of the biological quality and purity of the grapes and that no fungicides have been used.

Finally, the wine labels were redesigned to refer to the many centuries of existence of Torre alle Tolfe.

La Torre alle Tolfe dates back to the 8th century when Tolfo dei Grici, one of the knights of Charlemagne, built a watchtower here to defend Siena. The first written records of winemaking on the winery date back to 1316. The history of the Castelli family on the winery dates back to the 1950s, when Luigi Castelli and his wife Lunella Morfini acquired the villa and the surrounding land .

Their son Marco Castelli took over the running of the estate from his father in the 1980s and was responsible for further work on the villa and the surrounding land and vineyards. More recently he has researched the history of the estate and recorded it in writing under the title "Castro de Tolfis". Ownership of the estate is now shared between Marco and his daughter Mania and his son Giotto.
Mania Castelli moved back from the UK with husband Mark Spalding and family to live on the property in 2015. Both share a passion for Le Tolfe, its culture and its history and surroundings, which are closely related to Siena. Mania is now fully involved in the running of the estate while Mark works at the University of Siena.

Giotto Castelli is an aerospace engineer based in Cambridge, England, but has an active stake in Torre alle Tolfe.

The entire property is run by the Castelli family with a team of staff, many of whom have spent much of their lives on Torre alle Tolfe.