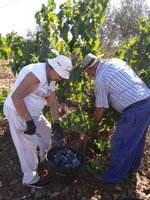 is one of the largest farmhouses in the region, which provides insights into the architecture of earlier times. It is one of three buildings in the region to have a "four-water roof." The main building is based on Roman remains, while most of the recent construction is from 1777 and some of the outer walls are from the 14th and 15th Century.
Around the building you can still see the remains of stables and storage areas, which were needed for cattle breeding and the cultivation of wheat, corn, olives and almonds before the industrialization of winemaking. Even then, the property was operated in a completely sustainable and environmentally friendly way.

To order the organic wines from Solà Classic, please scroll down 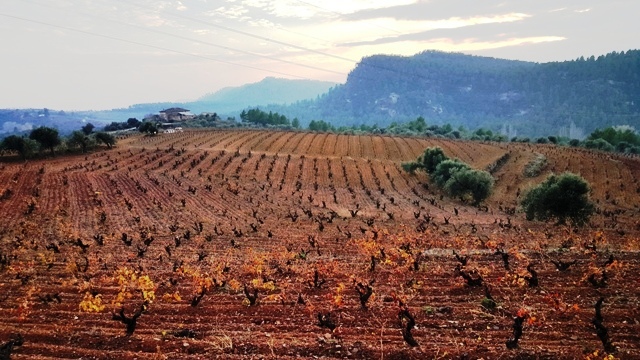 It's also interesting to note that alongside the Mas Hereu, the royal road from inland from Castile to the Mediterranean ran by, which farmers used to drive their animals to the warmer coastal regions before the winter months.

It is said that viticulture began in the vineyards of today's Mas Hereu in 1162. It was monks of the Cartesian Order of San Bru who settled here on the orders of King Alfonso I "The Chaste". Immediately after the transfer of a territorial zone consisting of seven villages to the feudal area of ​​the Abbey, the region became Prior, as a Priory known.
Today, the Priorat area bears little resemblance to earlier times as most of the vineyards have been abandoned in order to grow more profitable (and simpler) crops such as hazel, almond and olive trees, especially on plantations with pronounced slopes. The trees were much easier to maintain than vineyards, which were and are labor intensive and very prone to disease. 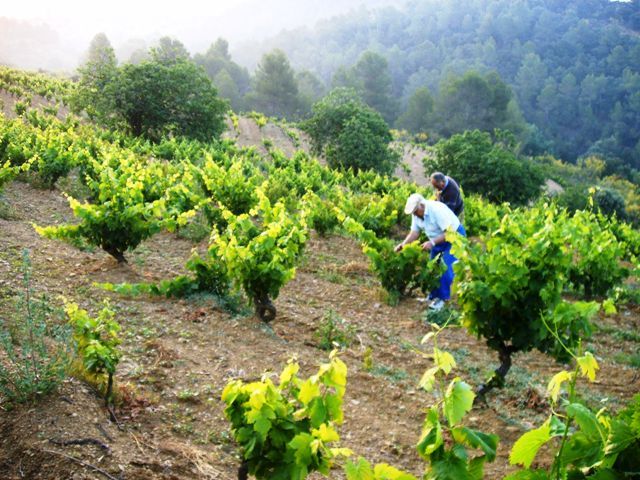 At present, the hectare yield in the Priorat's vineyards is very low, at 950 to 1050 grams per vine.

The Mediterranean climate with dry winds, cold winters with maximum 6 ° C and
summer months with at least 23 ° C and only 600 mm of rain / year create perfect conditions for the cultivation of the traditional grape varieties Carignan and Grenache.

The close connection between the Barceló family and the country is not only historical, but also the main reason for producing the true Priorat wine that was once so popular with the locals. Today it is the different wines called Solà Classic, a traditional elixir with true identity and personality. The classic and traditional merge with ecology, technology and modernity to offer wine connoisseurs an exquisite round and balanced red organic wine.

They are all made using traditional methods, starting with a manual harvest in which each grape is carefully separated from the vine and placed in hemp baskets. Later, the grapes are selected manually according to the oenologist's criteria to become the basis for the Solà Classic Coupages (Cuvées).
The vineyards and vines are tended every day, the best grapes are selected, everything is done with great respect for nature with the aim of offering the best Solà Classic organic wines year after year. 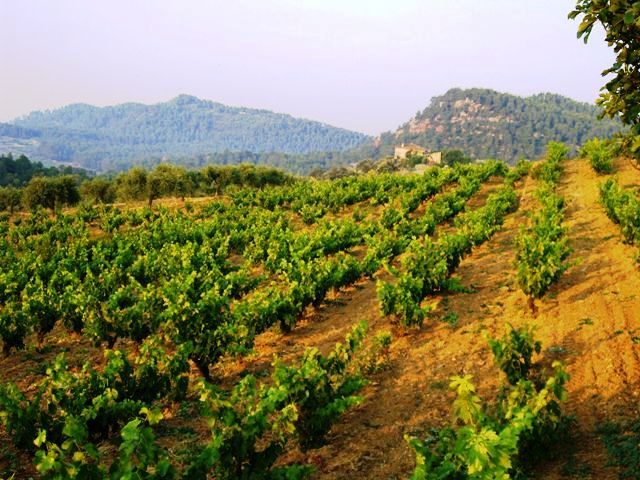 Solà Classic is based on the collaboration of a team of young professionals who produce unique wines with commitment and perseverance. The most famous is Vinyes Josep, a tribute to Mr Barceló, the current owner and heir of the Mas Hereu winery. 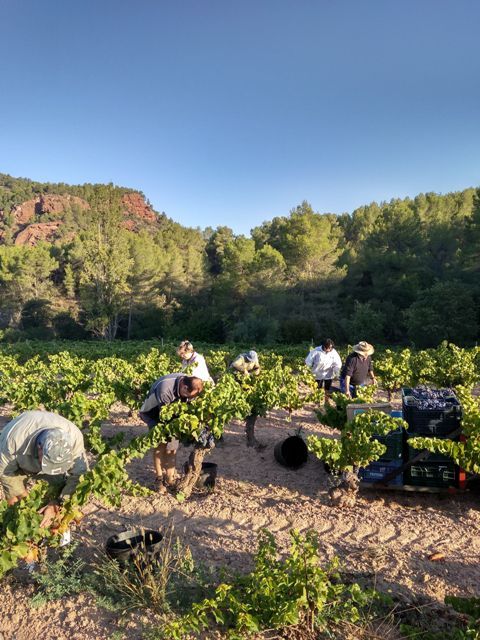 All grapes used to process the wines come exclusively from the Mas Hereu winery and guarantee the quality of the raw material and thus that of all Solà Classic wines. Most of the vines are between 45 and 75 years old, ensuring a unique personality.