The Domaine les Béates is located between Avignon and Aix en Provence near Lambesc and has retained the name of the 17th century despite all the changes in ownership. The story goes that it came from nuns who called themselves Les Béates (the Blessed), who at that time settled in the remote villages of Provence to teach children to read and write.

Pierre-François Terrat says you are born a winemaker or you become a winemaker like me. He grew up in Brazil and actually wanted to be a cattle breeder.

He later worked in international trade and first discovered the fascinating world of wine through the detour as a consumer (like many others) until he finally decided to become a winemaker. In 1996, he and his family were convinced of the location and quality of the Domaine Les Béates vineyards. They decided to buy it and immediately began to  to switch to organic viticulture. From the beginning, the aim was to produce the best organic wines of the Coteaux d'Aix en Provence appellation on almost 60 hectares over time. 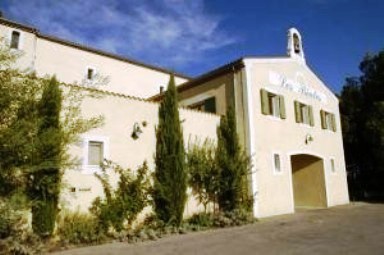 Pierre-François Terrat knew from the start that this path would not be easy. He was therefore advised and supported by the Chapoutier family, a recognized family of winemakers who practiced biodynamic viticulture on the Rhone.

On our first visit to Domaine les Béates, Pierre-François Terrat greeted us dressed as a vineyard worker, and his handshake was appropriate too. We were expecting a well-groomed man in a suit, which would have impressed us less. During a tour of the vineyards, we could literally feel his enthusiasm and commitment to his work. It feels good to work with winemakers like that. Today, many years later, Domaine Les Béates with around 60 hectares of vineyards is the best address for very good organic wines.

When I visited again a few years later in June 2018, his mood was gloomy and worried. For several years in a row the climate and the weather did not play along, either there was a frost in spring that destroyed all young shoots and flowers. The following year there were violent thunderstorms with hail that destroyed almost the entire harvest, then again years with great heat and drought with small harvests in terms of quantity. At this stage he was hoping for another loan from his bank and for normal vintages with normal harvests. 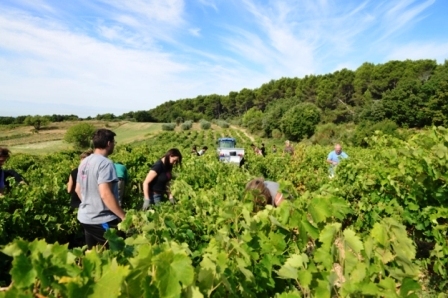 His wines are widely recognized as organic wines, but conservative, uninformed wine drinkers count on every cent that their wines cost more than those of their neighbors. It is a wrong world if you are still punished by having to pay the costs of the organic controls yourself with your way of viticulture, which protects the environment and produces residue-free wines. Meanwhile, conventional winemakers harm the environment without being held accountable.

It takes a lot of idealism to be a real organic winemaker who does his job honestly and not only meets the minimum requirements by sticking an organic logo on the bottle.

By the way: do you know Aix en Provence, a beautiful university town? It is the twin city of Tübingen and well worth a visit. Lambesc is a small, typically Provencal village with the Domaine Les Béates on the outskirts. Greetings to Pierre-François Terrat and his colleague Anabel, try the organic wines on site, which you can also buy. Avignon in the north, Marseille, Saint Tropez and the Mediterranean in the south as well as many villages and typical Provencal sites could be your destination for a holiday trip.

A virtual visit to Domaine Les Béates is also possible by clicking on this link: https://www.lesbeates.com/