At the beginning of the 1920s, it was still part of an area between the towns of Saint Remy de Provence and Eygaliers, which consisted of meadows, scrub and pine forests where sheep were kept. It stretched from the plain into the long valleys created by erosion (hence the name Vallonge) up the slopes of the Alpilles.

It is a magically beautiful landscape at the foot of the limestone Alpilles mountains, which was then leased as a hunting ground until 1970.

How coincidences can change a life, Monsieur Paul Cavalier experienced during a hunting trip to which he was invited by friends. He learned that 300 hectares, mostly rocks, stony terrain and scrubland, but also about 30 hectares of land suitable for viticulture, were for sale. 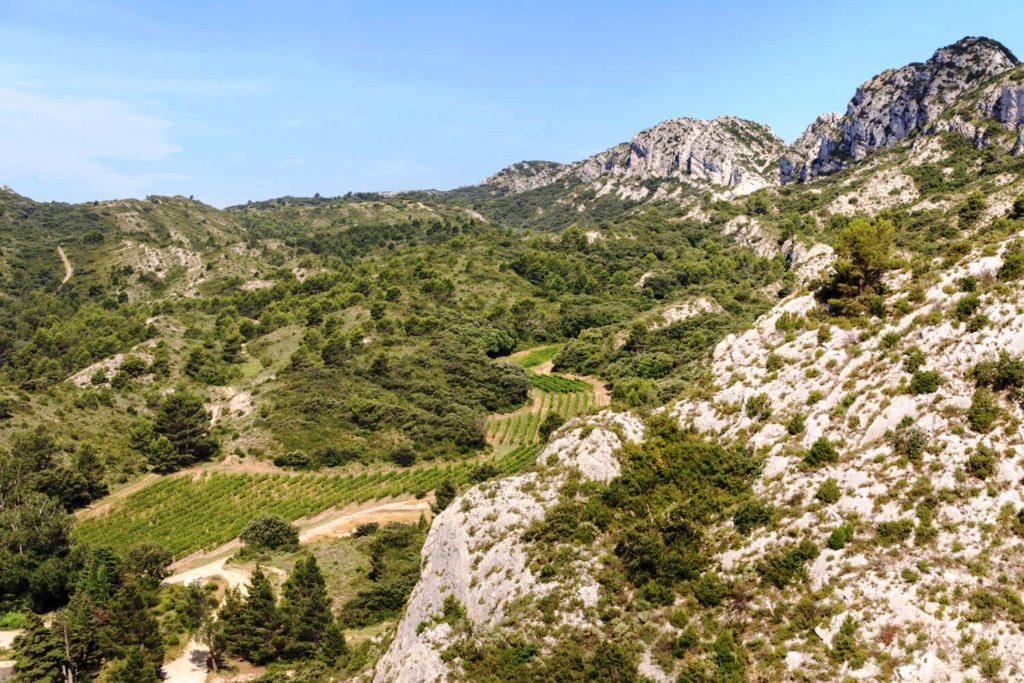 He bought it on the spur of the moment and had vines planted on a total of 38 hectares. The plots of different sizes had different types of soil and the grape varieties were selected accordingly. Some of the soils, as their name suggests, such as Pierres Cassées (broken stones) or La Source (the spring), are very rich in minerals. 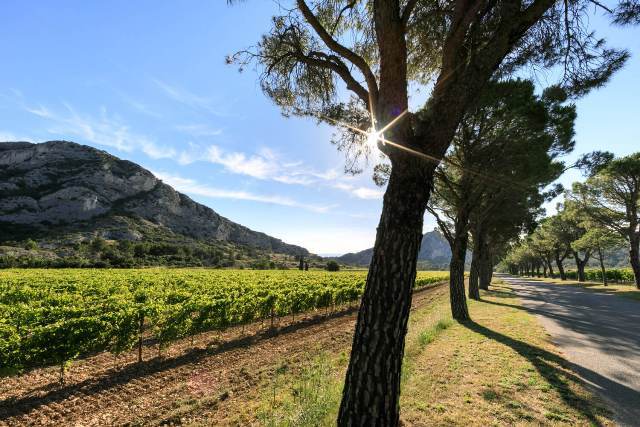 Since the climatic conditions viticulture was possible without the use of artificial fertilizers, without insecticides and pesticides in this region, neighbors such as the Domaine de Terres Blanches or the Domaine Trevallon had already proven. The Domaine de la Vallongue decided to introduce organic viticulture in 1985.
In 2008 there was a change of ownership and Monsieur Latouche took command without changing direction. He managed it successfully with the same staff. 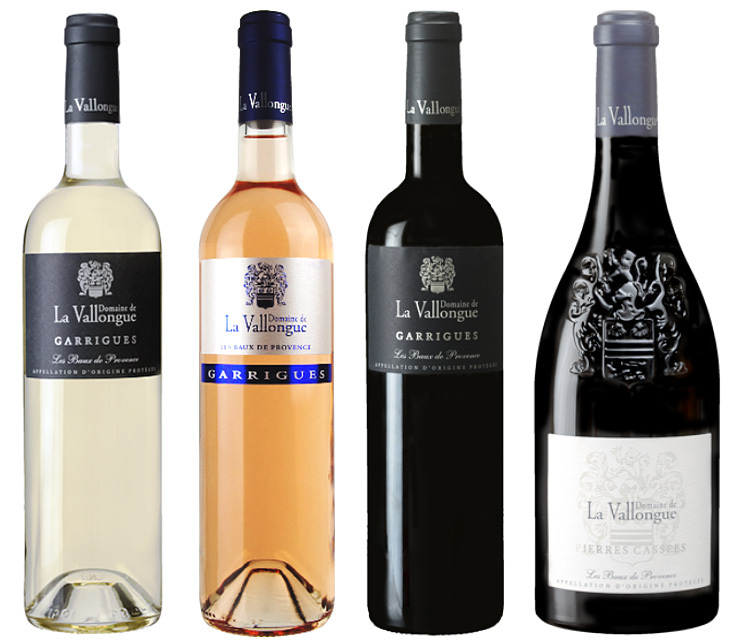 By the way, the LES BAUX DE PROVENCE appellation exists as a whole
from 350 hectares of vineyards, divided into 12 wineries.
It is worth mentioning that 85% of this area is organically farmed.
A ratio that looks completely different in Germany, namely 93% conventional and 7% organic.
Another comparison shows that in the appellation Les BAUX DE PROVENCE only 9,000 hl of wine are produced on 350 hectares, i.e. only 39 hl per hectare. Correspondingly high is the quality of the wines and their prices, which appear to be justified but are not out of the ordinary.
Mehr zu diesem AusgangstextFür weitere Übersetzungsinformationen ist ein Ausgangstext erforderlich
Feedback geben
Seitenleisten